Providing quick response to user is more important than anything else in web performance tuning. According to a research conducted by Microsoft, 500msec slowdown in Bing causes their revenue go down by 1.2%1.

The chart below compares the first-paint times and download completion times of different web browsers / HTTP servers on a simulated network of 8Mbps bandwidth with 100ms latency, which is typical for today's mobile networks2.

It is clear in the case of this benchmark that the visitors of the web site would be more satisfied, if H2O was used as the HTTP server.

Below chart shows the scores recorded on Amazon EC2 running two c3.8xlarge instances (server and client) on a single network placement, serving a 612-byte file3. For each measurement, 250 concurrent clients were used4. open_file_cache was used for Nginx. H2O implements a open-file-cache that gets updated immediately when the files are replaced. 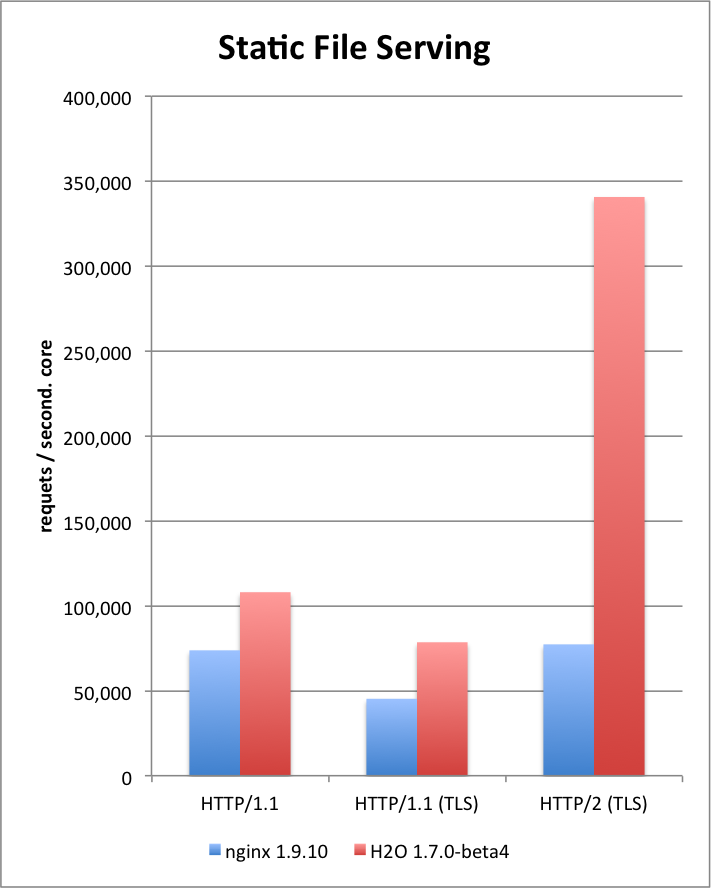 Presented below is an old chart showing the scores recorded on Amazon EC2 running two c3.8xlarge instances (server and client) on a single network placement56.